So, today we unleash two characters from our comic and yes it's what you've been waiting for, two ZOMBIES! While still human, these two soldiers were part of a secret experiment called „Orcinianus Copia“. They, along with others from their battalion were injected with a modified snake poison, that was supposed to turn them into super-soldiers. Well, things don't go exactly the way the German high-command had planned.
Enjoy! 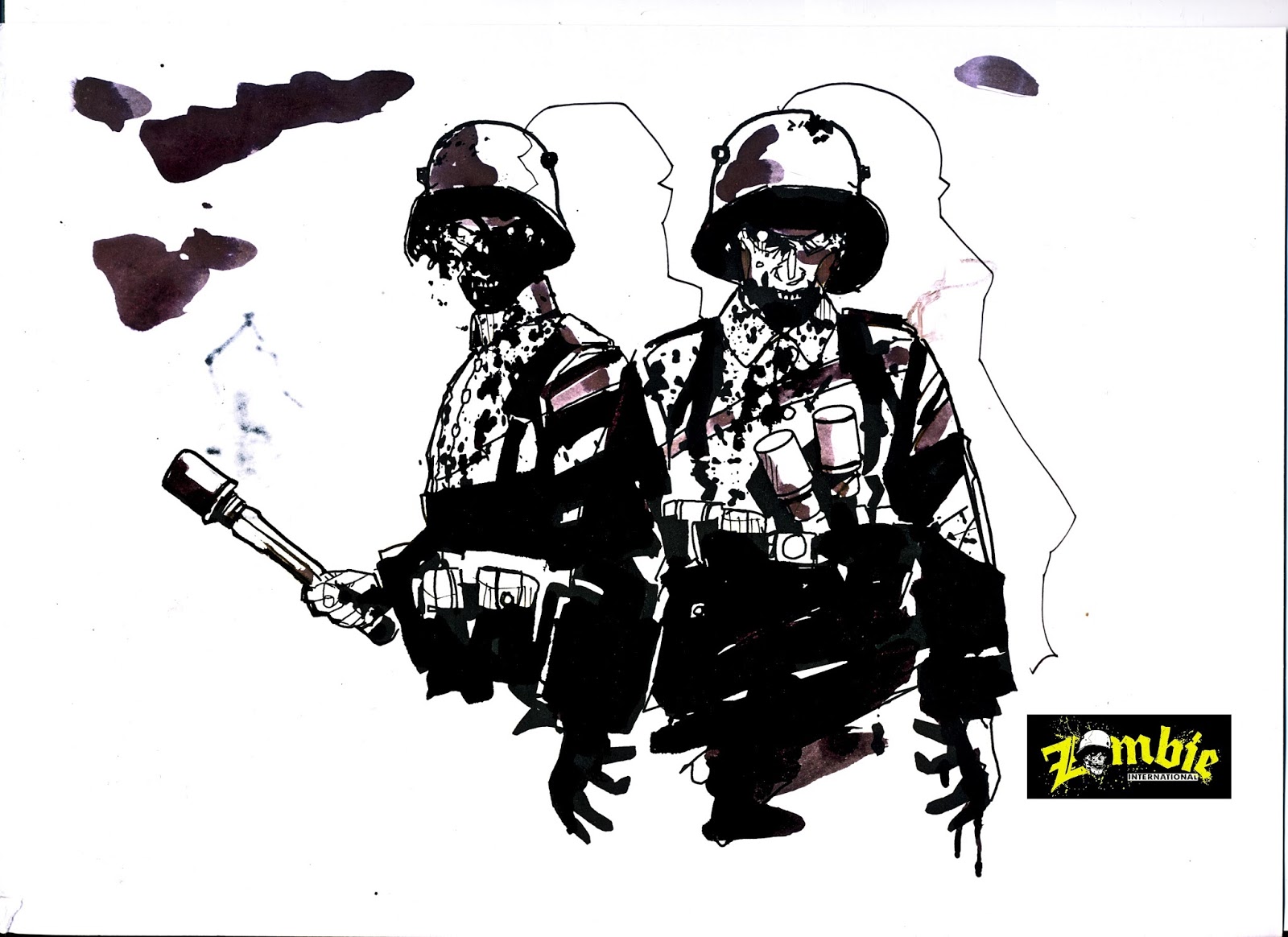 Posted by Zombie International at 01:32